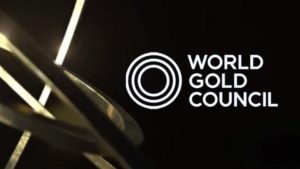 This month saw the publication of the much-anticipated review of 2015 Gold Demand Trends from the World Gold Council – the world’s leading market development organization for the industry.
Comprising the leading gold mining companies of the world, it’s widely regarded as the foremost global authority on gold and one of the industry’s most reliable data sources.

Overall, 2015 was a mixed year with demand in the first half of the year down by 6% year-on-year. In the second half, however, demand picked up considerably, with 2,226.6t representing 6% more demand than 2014 and 7% above 2013. Central banks (+33t) and investment (+25t) drove year-end growth while demand from jewellery (-6t) and technology (-6t) declined. In total, demand was very slightly down on last year at 4,212.2t compared to 4,226.4t. Constraints continued supply side with a total supply of 4,258t representing a decline of 4% compared to last year, the lowest since 2009. precious-metals-golden-outlook-2016

Surprisingly, consumer demand was resilient in the last quarter of the year, despite the economic, socio-political and climate upheaval in many markets.
Strong demand in India and China underpinned the world market, with India seeing a 6% increase in year-on-year demand and China up 3%.
The United States also displayed strong growth, with an unexpected 6% increase in demand, while East Asia was also up by 5%. On the other end, Russia was down by a huge 26%, while the Middle East and Turkey fell 18%.

Demand for bars and coins is up

Gold Demand on the rebound?

With sustained interest from central banks and strong continued demand from China and India, gold looks set to continue its rebound in 2016, with the events of the past week providing rather concrete evidence.

If you too would like to stay ahead of the game and capitalise on this opportunity, contact us today to learn how we can help you with your gold purchasing, storage and shipment needs.