The Silver Short Squeeze: What Is It All About?

The Silver Short Squeeze; Whether or not you follow business and financial news very closely, you must have noticed much mention of companies like GameStop, Blackberry, and the term “short squeeze”. Then, if you turned to silver prices, you may have seen some serious fluctuations around the same time – from USD 25.26 / ozt on January 27, then up 15% to USD 29.05 / ozt on February 1, only to drop 8% a week later on February 8, to USD 27.48 / ozt today (February 9th).

What caused this rapid rise and fall in its price? Silver became the target of a short squeeze, as we explain here.

A new phenomenon is rocking the financial world. Thousands of young investors are meeting up on internet forums to share information and coordinate their financial plans and actions. For the first time in history, retail investors are not acting independently, but as an organized group. This allows them to concentrate their positions and influence the stock market like never before. Each may not have a large amount of capital, but together they are a force to be reckoned with. Right now, the epicenter of this activity is a community called “WallStreetBets’, on the Reddit social network. But the idea is spreading rapidly, and new discussion groups are emerging as we speak.

These individual investors are characterized by the desire for high gains and the willingness to take on a high degree of risk. There is also an ideological angle to the story. Many hold a grudge against Wall Street, due to its role in the 2008 financial crisis, and are eager to beat the professional investors at their own game. This was revealed in an emotional open letter(Link), which described one trader’s childhood experiences during those rough years and helped galvanize the group.

The Silver Short squeeze as retaliation against Wall Street

Their ultimate goal is to generate what is known as a “short squeeze”. This is a situation in which a heavily shorted stock (usually held by various hedge funds) is aggressively bought up (in this case, by Reddit investors), forcing the short sellers to exit the market at a loss. During a successful short squeeze, the target share’s price can shoot up dramatically as the short sellers are forced to cover their positions at high costs.

This is exactly what happened recently to the shares of GameStop, an American video game retailer. The company has struggled during the COVID-19 pandemic, and its revenues have been declining. Many speculated that it would go under, and as a result, the short interest in the company rose during January to 140% of the available shares. Traders in the “WallStreetBets” Reddit community noticed this anomaly and decided to exploit it by piling into the stock. This triggered a massive short squeeze that sent the stock price up 2,400% in 11 trading days. According to some estimates, this has cost Wall Street firms up to 70 billion dollars and almost bankrupted a prominent hedge fund called Melvin Capital. This victory gained the WallStreetBets forum instant fame and inspired others to try and do the same. This is how the ‘Silver Short Squeeze’ movement came to life.

Since 2013, the price of silver has remained relatively subdued. Unlike gold, it has not posted a new all-time high, nor is it even close to doing so. This has led some players in the precious metals community to argue that its price is being artificially suppressed. They have claimed that a handful of commercial COMEX traders are holding a large short position that far exceeds the amount of physical silver they actually possess. This situation has been allowed to continue since most traders who purchase futures contracts choose to settle for cash and rarely take delivery of the actual metal. Allegedly, this can create the false impression that there is an abundance of silver, while in fact, it is in short supply. Unfortunately, the silver market is quite opaque, and we have no way of knowing whether these allegations are true or not. But as far as the people on the newly formed “WallStreetSilver” forum are concerned, this is indeed the truth, and they are determined to expose it.

To do so, they have embarked on a campaign to purchase as much silver as possible. They believe that this will drain whatever supply there is on the market and force the short sellers to cover their positions. This has led individual bullion investors worldwide to believe that a rapid and sustainable price appreciation is imminent. As a result, major online bullion dealers have reported record order volumes, and during the past weekend, some of them had to suspend their silver offerings. But of course, the silver market is much larger than GameStop stock, and it is far more difficult for retail investors to influence it. Even if they manage to empty the shelves of each and every coin shop in the world, it would still take a while for this demand to percolate through the supply chain. Thus far, their efforts seem to be in vain. The spot price jumped briefly to around USD 30 / ozt, before falling back to the USD 26 – 27 / ozt levels and then up again this morning to USD 27.60 / ozt (February 9th).

Nevertheless, the WallStreetSilver community is not giving up. They believe that silver is a highly undervalued asset and that its price is destined to rise. The fundamentals are certainly in their favor. Since 2016, silver mine production has been on a steady decline, while industrial demand has been constant. President Biden has promised to invest 1.7 trillion dollars to fight climate change, an initiative that will involve a transition to renewable energy sources such as solar panels. Since a solar panel requires a certain portion of silver for its manufacture, we can only expect industrial demand to increase in the future. Another source of demand which is on the rise is electric vehicles, which require much more silver to produce than traditional internal-combustion-engine vehicles. If the great success of Tesla Motors is any indicator of things to come, the transportation sector will surely need more silver. All of these factors are beneficial for the price of silver, regardless of investment demand.

It is too soon to determine whether or not the ‘silver squeeze’ movement will have any long-lasting impact on the silver market. Nevertheless, it is fascinating to observe. Two generations are meeting. Traditional silver stackers, who have been accumulating silver bullion for decades, are getting together with young millennials, for whom the concept of hard currency is new and fresh. Even if this movement cannot affect the price of silver, it has already been successful in raising a new generation of precious metal advocates and fans. 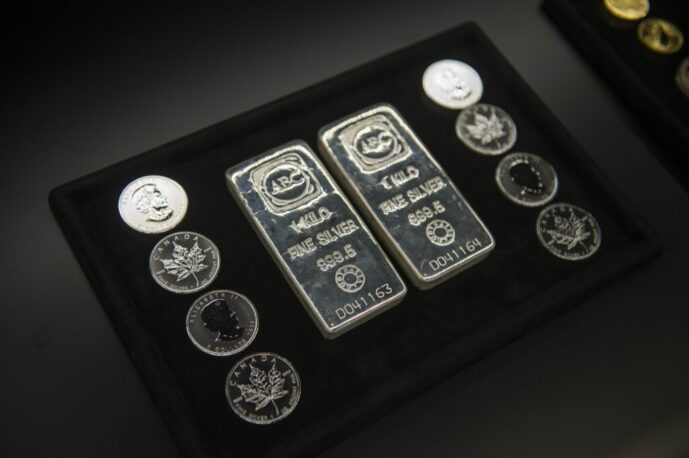 On May 26, 2020, we posted our monthly blog discussing silver and providing our take on the market. At that time, we recommended our readers look into adding silver to their investment portfolio for various reasons. The price of silver that day stood at USD 17.13 / ozt. Today (February 9th) it stands at USD 27.60 / ozt, a 61% increase in price.

We at J. Rotbart & Co. are bullish on silver in the medium to long term and believe it has much more room for further price appreciation due to the above reasons and to its role as a safe-haven asset. Thanks to our relationships and vast network of refineries and mints, we are able to secure silver products for our clients – from 1,000 ozt large silver good delivery bars, all the way down to 1 kg silver bars and to 1 ozt silver coins, such as Canadian Maple Leafs, American Eagles, Austrian Philharmonics, UK Britannia and more.

Contact us now at [email protected] to find out more about buying and storing silver bars and coins in a secure and private manner.